The week before last week Theresa May faced perhaps her most difficult moment as Prime Minister as her plan for Brexit, the Chequers Plan, was rejected by EU Leaders during a meeting in Salzburg. Time is running out in the Brexit negotiations, with a no-deal scenario seemingly more likely every day. So, given the Conservative Party Conference takes place this week,  what happened in Austria and what is next for Theresa May?

Almost as soon as becoming Prime Minister Theresa May made clear that “Brexit means Brexit”. However, this statement did little to clarify what kind of Brexit she wanted.

Ever since the vote of June 23rd June 2016, there has been a debate over which type of Brexit Britain should have. Some people advocate a Soft Brexit, whereby Britain leaves the European Union but remains closely aligned with it, for example by remaining in the Single Market. Others want a Hard Brexit, where Britain completely separates itself from the European Union and its institutions and forges a new path independently. One of the problems faced by Theresa May is that her own party is deeply divided over which approach to take.

Clockwise from Top Left: Anna Soubry, Kenneth Clark, Dominic Grieve and Nicky Morgan. These are some of the Conservative MPs that want a Soft Brexit. 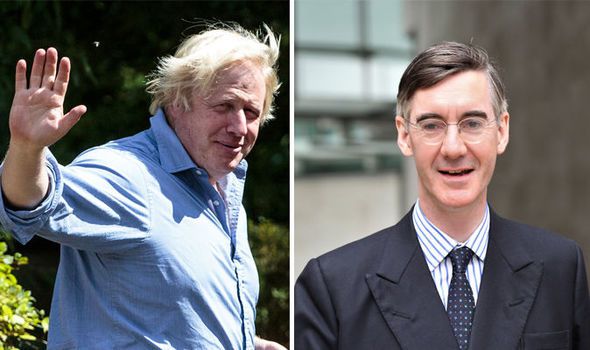 Boris Johnson and Jacob Rees-Mogg are two MPs who favour a harder form of Brexit than that that Theresa May proposes in her Chequers Plan.

The result of the referendum was 52%-48% in favour of leaving. Although this is a clear mandate to leave the European Union, it is less clear what type of exit British voters want. As Prime Minister Theresa May has had to manage expectations of her party and the population, whilst simultaneously having to negotiate a deal with the European Union.

It is clear that the position of the British Government under Theresa May has changed through time. Since becoming Prime Minister, Theresa May has given two important blueprints for her negotiating position with the European Union.

This speech was made at Lancaster House in London. It was the first time that Theresa May had outlined Britain’s negotiating stance. A number of key points emerged in the Lancaster Speech:

Little progress was seemingly being made on the basis of Theresa May’s Lancaster House Speech. There were divisions within her Cabinet, some of which had been aired very publicly. Therefore, in early July 2018 the Prime Minister summoned her Cabinet to Chequers, the Prime Minister’s official country retreat. There, the Cabinet (at least most of them) agreed on a new negotiating stance with the European Union. Under the Chequers Plan: 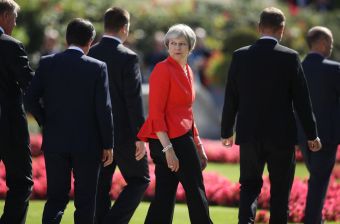 Theresa May did not get the reaction to Chequers that she hoped from fellow EU Leaders.

Last week the Prime Minister took her Chequers Plan to Salzburg for a meeting with EU Leaders where it was where it was swiftly rejected. This has damaged her position as Prime Minister hugely. There was scepticism from EU Leaders at Theresa May’s plan to follow a Common Rulebook on goods. To many in the EU, this appears that Britain is trying to ‘have its cake and eat it’ – by gaining the benefits of EU Membership without any of the costs.

However, one issue stands out more than any other – the position of Northern Ireland.

Between 1968 and 1998 Northern Ireland was embroiled in a period called the Troubles. During this period, Unionist and Republican communities were fighting a bloody war. The British Armed Forces were deployed to Northern Ireland to try to keep the peace. In total, over 3,500 individual from both sides lost their lives. One of the most enduring images of the Troubles is of the border check-points between the Republic and Northern Ireland.

As far as the EU is concerned, if Britain leaves the EU, any free movement of goods across the Irish Border is not acceptable. They argue that this would fundamentally undermine the Single Market.

The disagreements over Northern Ireland seem isoluble, yet without it, it is hard to imagine a deal can be reached. Innovative thinking, and compromise, needs to be bought to the fore on both sides.

The number of questions marks over Brexit, and Theresa May’s future are rising. Tomorrow’s article deals with how a Tory Leadership contest would take place – a scenario that is seeming more likely.