The Human Rights Act (1998) is an example of a Statute Law that amended the UK constitution.

When the Constitution is amended in the UK it is primarily done via Statute Law. Prominent examples of this are the Human Rights Act (1998) and the devolution acts of 1998. Increasingly, other sources of the UK Constitution are also being codified. For example, it was traditionally one of the Prime Minister’s Royal Prerogative Powers to call an election at a time of their choosing. However, the passage of the Fixed-Term Parliaments Act (2011) saw the power to call early elections being given exclusively to Parliament.

All Statute Laws are passed in the same way. In Britain, unlike the the USA, there is no fundamental or constitutional law. For a Statute Law to be passed it has to be agreed by all three parts of Parliament: the Commons, The Lords and, via the granting of Royal Assent, the Crown-in-Parliament.

In both the House of Commons and House of Lords a Bill goes through the same legislative stages: 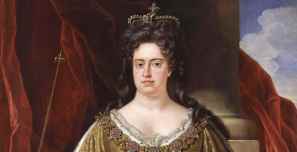 Queen Anne was the last monarch to refuse to give a bill Royal Assent. This was in 1707.

When the bill is agreed by both houses it is given Royal Assent by the monarch. This final stage, unlike a Presidential Veto in the United States, is a formality. The last time a monarch refused to give Royal Assent to a bill was in 1707 when Queen Anne refused her assent to a bill to form a Scottish Militia. She was advised by her ministers that the militia might be disloyal and so withheld her consent. If the monarch were to refuse to give Royal Assent to a properly passed bill today it would lead to a constitutional crisis that would almost certainly see the downfall of the monarchy.

In the United States a statute law can be overturned by the courts if it is found to be unconstitutional. In the UK there is no mechanism for a Statute Law to be overturned by any body outside of Parliament. The courts may make recommendations about a bill, for example stating that they do not think it complies with the Human Rights Act (1998), however, it is down to Parliament alone as to whether to amend the legislation in question. A number of important points elucidate the fact that parliament is sovereign in creating legislation:

– The Doctrine of Implied Repeal – If any element of a law contradicts an existing Statute Law the provision in the newer law automatically replaces the older one.

Statute Law, despite its importance, relies heavily on Common Law to ‘fill the gaps’. It is impossible for Parliament to consider all eventualities and implications when creating a new law – it is therefore left to judges to create common law through their judgements.

The Conserative-Liberal Democract Coalition used Statute Law to clear up an area of Common Law that had become socially untenable.

However, sometimes Statute Law can be used to clear up an area of Common Law that has become hazy. A good example of this is in the issue of Same-Sex Marriage. For a number of years judges had considered cases where same-sex couples wished to have the right to marry. The most famous case was Wilkinson vs. Kitzinger in 2006 where judges ruled that a same-sex couple had the right to a civil partnership, but not a marriage. This was clearly an issue which society wanted to see a change and so, in 2013, Parliament stepped in to create the Marriage (Same-Sex Couples) Act.

Despite being one of many sources, Statute Law is the most important source of the UK Constitution. To summarise, the reasons for this are:

1 thought on “Why is Statute Law the most important source of the UK Constitution?”