The concept of the rule of law is an ancient one. It refers to a society in which bodies of law govern how society is run. It has since been fundamental to any functioning state, all of which are governed by the rule of law. However, in modern liberal democracies, like that in Britain, it has taken a more defined meaning.

AV Dicey was the first scholar to codify the Rule of Law.

In his book ‘Introduction to the Study of the Law of the Constitution’ AV Dicey became the first scholar to codify the rule of law as it pertains to Britain. His formulation of the Rule of Law is still accepted today. He said there are three key facets to the Rule of Law:

An important principle of liberal democracy is placing clear limits on the powers of the government to avoid tyranny. These limits are less evident in the UK, where it is often said that an ‘elective dictatorship’ exists. However, the UK Government is still clearly limited by the law.

An example of this occurred in HM Treasury v. Ahmed. In 2006 Parliament passed a Government Bill that had a clause that allowed the freezing of the financial assets of suspected terrorists. A terror suspect named Mohammed Jabar Ahmed was one of those that had his assets frozen. He argued that this had no legal basis as he had not been found guilty of any crime. The case went all the way to the UK Supreme Court. The Supreme Court ruled that the Government had acted ‘Ultra Vires’ (beyond its power) and had not followed international law or in establishing the right to freeze the aspects of suspected terrorists. 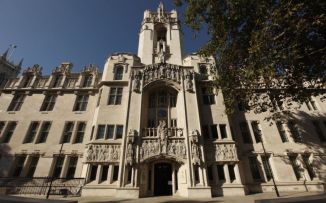 2. Everyone is equal under the law.

This principle ensures that everyone is treated the same under the law. This prevents the rich and powerful from avoiding legal processes. The principle is also designed to protect minorities, so people are treated equally under the law regardless of age, colour or religion.

A prime example of equality under the law in action is that even the Prime Minister can be questioned by the Police when they are investigating a crime. This occurred in 2007 when Tony Blair was twice interviewed by the police over the ‘Cash for Honours’ scandal. Although he was not a direct suspect in the case, the fact he was interviewed was significant. 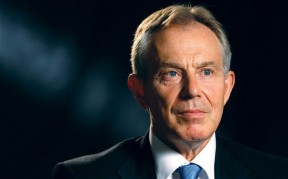 Tony Blair was twice interviewed by Police while PM as they investigated the ‘Cash for Honours’ scandal.

There are criticisms in Britain that this principle is not fully implemented. One reason for this is that legal action is incredibly expensive. This means that the rich are at a major advantage over the poor. This is particularly the case since 2013 when the Coalition Government made controversial cuts to the legal aid system.

3. The law must be administered by an independent judiciary (courts system).

This aspect of the Rule of Law is crucial. In countries where the rule of law is less established it is not uncommon for judges to be overtly political. This was seen in the ‘Show Trials’ that took place in Soviet Russia and Nazi Germany. In Britain, judges are expected to be independent of Politics.

Traditionally, this independence was questionable. Before 1994 the Lord Chancellor appointed Senior Judges without any scrutiny or oversight. However, since the Constitutional Reform Act (2005) a new Judicial Appointments Commission has been established to try to ensure that the appointment of judges is objective and impartial. This has also helped to tackle the perceived conservative bias that existed due to judges being from a similar background, which usually included Public Schools and Oxbridge. 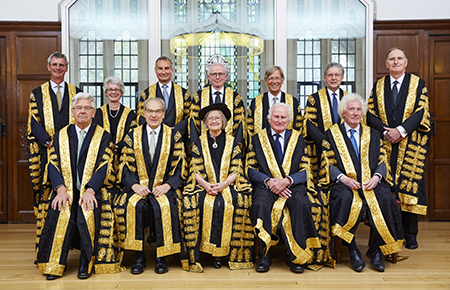 Only two of the current 11 Supreme Court Justices did not attend Oxbridge.

The Rule of Law is fundamental to the British constitution. However, it is always important to remember that what the law is constantly changes, with Statute Law being passed and Common Law being developed.