Direct Democracy refers to a system whereby citizens decide directly on political issues themselves. It is the system that was the backbone of ancient democracies, like that in the city state of Athens, but has now been overtaken by a representative democratic model.

Both Britain and the United States can clearly be identified as a representative democracy. However, there are areas where direct Democracy is still used and is arguably growing in importance. Today we will look at Britain, with an update on the United States in a couple of weeks time.

If a petition gets 10,00 signatures – The Government will issue a formal response.

If a petition gets 100,000 signatures – The issue will be considered for a debate in Parliament.

Some extremely prominent issues have been debated in Parliament having received the required number of signatures:

Trump did eventually visit the UK, but it was not a full State Visit.

Prevent Donald Trump making a State Visit to the UK (1.8 million signatures) – This petition was set up to oppose a state visit being offered to President Trump and was debated by Parliament on 20th February 2017. The petitioners cited the “misogyny” and “vulgarity” shown by Trump as reasons that should, disqualify him from an official state visit.

EU Referendum Rules (4.1 million) – This petition was set up before the EU Referendum and called for a second referendum if neither side won 60% of the vote. After the referendum result (52%-48% for Leave) the petition became a de facto protest petition against Brexit. It was debated by Parliament in September 2016. To date it is the largest petition ever on the Government Website.

In 2015 the Coalition Government oversaw the Recall of MPs Act. For many years, it had been suggested that constituents be should able to recall their MPs if they did not feel they were being sufficiently represented. This was seen as a way to safeguard the representative system. 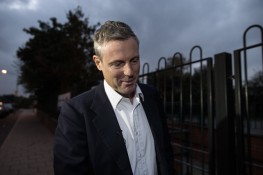 Conservative Backbencher Zac Goldsmith wished to give significant powers over recall to constituents but his bill was rejected.

A bill was first proposed by Zac Goldsmith in September 2014. Goldsmith wanted only 5% of the electorate to be able to trigger a by-election and then 20% to be able to force a by-election. This would have given the ultimate power over whether a recall took place to the electorate. This bill was seen as too strong and instead control of whether the recall process would take place was kept in Parliament by giving the authority to instigate the process to the Speaker of the House of Commons.

The Speaker of the House of Commons can trigger the recall process if:

North Antrim MP, Ian Paisley, may well soon become the first ever UK MP to be recalled by his constituents.

Interestingly, it appears likely that this process is currently being used for the very first time. In July 2018 North Antrim MP Ian Paisley Jr. was suspended from the House of Commons for 30 days. This is the longest parliamentary suspension since 1949. He was suspended for receiving hospitality from the Sri Lankan government without declaring to the House of Commons register. If 10% of North Antrim constituents decided to recall Paisley he has already stated his intention to stand in the resultant by-election.

In the last 25 years there has been a growing culture of holding referendums to decide on constitutional issues in the UK. There have been two major nationwide referendums in the AV Referendum (2011) and the EU Referendum (2016). In addition, referendums have been held in the devolved areas to decide both on the fact of devolution itself and whether or not more powers should be given to the devolved areas. Finally, in 2014 a referendum was held on whether or not Scotland should become an independent nation. 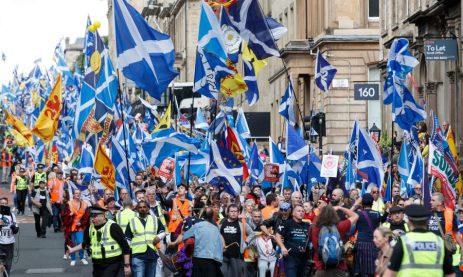 The Scottish Independence Referendum had the highest turnout of any democratic process in the UK since universal suffrage was introduced in 1928. The turnout was 83.9%.

Referendums are clearly an example of direct democracy. Rather than choosing a representative to makes decisions for them, voters are given a decision to make. Although these referendums are rarely legally binding, in reality the decisions taken by the electorate in such a referendum could not be ignored.

However, there is an important caveat to note when talking about referendums as an example of direct democracy. The very existence of the referendum itself is a product of a decision by elected representatives in Parliament. This means that it can be argued that, although referendums might not always be beneficial, they do not necessarily undermine representative democracy.

The experience of the EU Referendum, with a low quality of debate and arguably too binary of a question may have harmed the credibility of referendums for the future. However, there is no doubt that Direct Democracy will continue to play an important role in the UK political process.